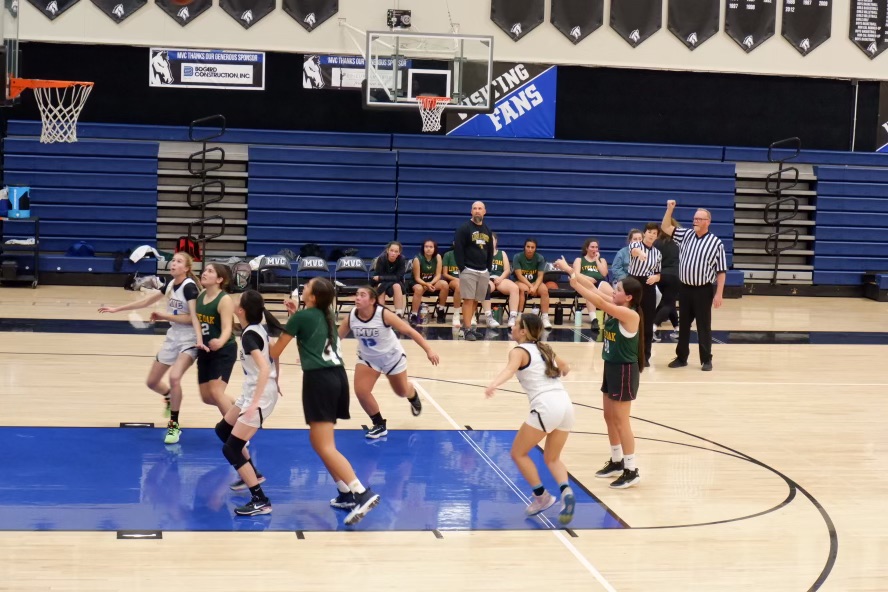 Rhazelle, a junior, is one of the basketball team’s new point guards.  For those unfamiliar with basketball, the point guard helps others score and leads the team on the court.  Last year, Paloma Ramirez was the team’s point guard, but she graduated.  So this year, Rhazelle and Sophia Cortes stepped up to fill the position.  They stay after every practice to continue working, and always try their best during practice.

Rhazelle has played since she was in fourth grade.  When she was little, she played with her classmates at recess, and she enjoyed it so much that she joined a club in fifth grade.  Throughout her career, she has learned how to manage time and how to be a better teammate.  “That’s a big thing in basketball because it’s a team sport,” she said.  Mainly, she’s learned to “be positive at times where it’s really hard to be” and maintain “energy, confidence, and poise.”  As a result, when she is on the court, she is completely focused and ready to push herself.  This is especially critical to her because basketball helps her let go of thoughts that are bogging her down, and process her life.  She noted, “if I’m not doing well in basketball, let’s do well in academics.  I’m not doing well in academics, let’s do well in basketball.”

A big challenge Rhazelle is overcoming is low confidence.  She lost it during quarantine when she stopped playing, and when she came back, she also faced a higher level of play from the transformation from middle to high school.  She has slowly gained most of it back.  She tells herself in games, “it’s not just me being affected.  I know how I play. I need to know, ‘I know this sport.  I’ve played this for a while.’ And I also have to know that I’m not the only one out there; my teammates are right by my side, my coaches are right by my side.”